Black & Gold: The Story of the John Player Specials

Back in the late 1960s commercialism in motor racing was increasing. Major sponsors appeared on the F1 scene including tobacco giants Marlboro and Yardley cosmetics, and this had developed into a veritable flood by the time Team Lotus changed its Gold Leaf livery to the black and gold of the John Player Special cigarette brand. At the time, the author of this book, Johnny Tipler was working for the Stanbury Foley Organisation, a motor racing promotions hothouse based in East London. Its major client was John Player & Son, and the livery of the Lotus 72 in its JPS guise was designed largely by SFO partner Barry Foley. In 1972 the black-and-gold livery also extended to the Team Lotus transporters and JPS hospitality vehicles. This book, Black & Gold, has been a gleam in publisher William Taylor’s eye for a long time. Probably eight years have elapsed since he and Tipler first talked about producing it. During that time Tipler spoke with the key figures from the JPS era – those who are still with us at any rate – while Taylor accumulated images of the period from John Player photographer Ian Catt, as well as amassing examples of JPS paraphernalia. Black & Gold: The Story of the John Player Specials, is the result of a veritable wealth of knowledge and experiences from all the ‘players’ in a ‘Special’ story that started in the early 1970s and went through to the end of 1986 with Ayrton Senna and Johnny Dumfries driving. The black & gold brand is still recognised and passionately remembered, the world over.

APOLOGIES: THIS ITEM IS CURRENTLY SOLD OUT IN THE UK AND WILL SHIP FROM THE USA…. HENCE THE HEAVY UK & EUROPE SHIPPING COST 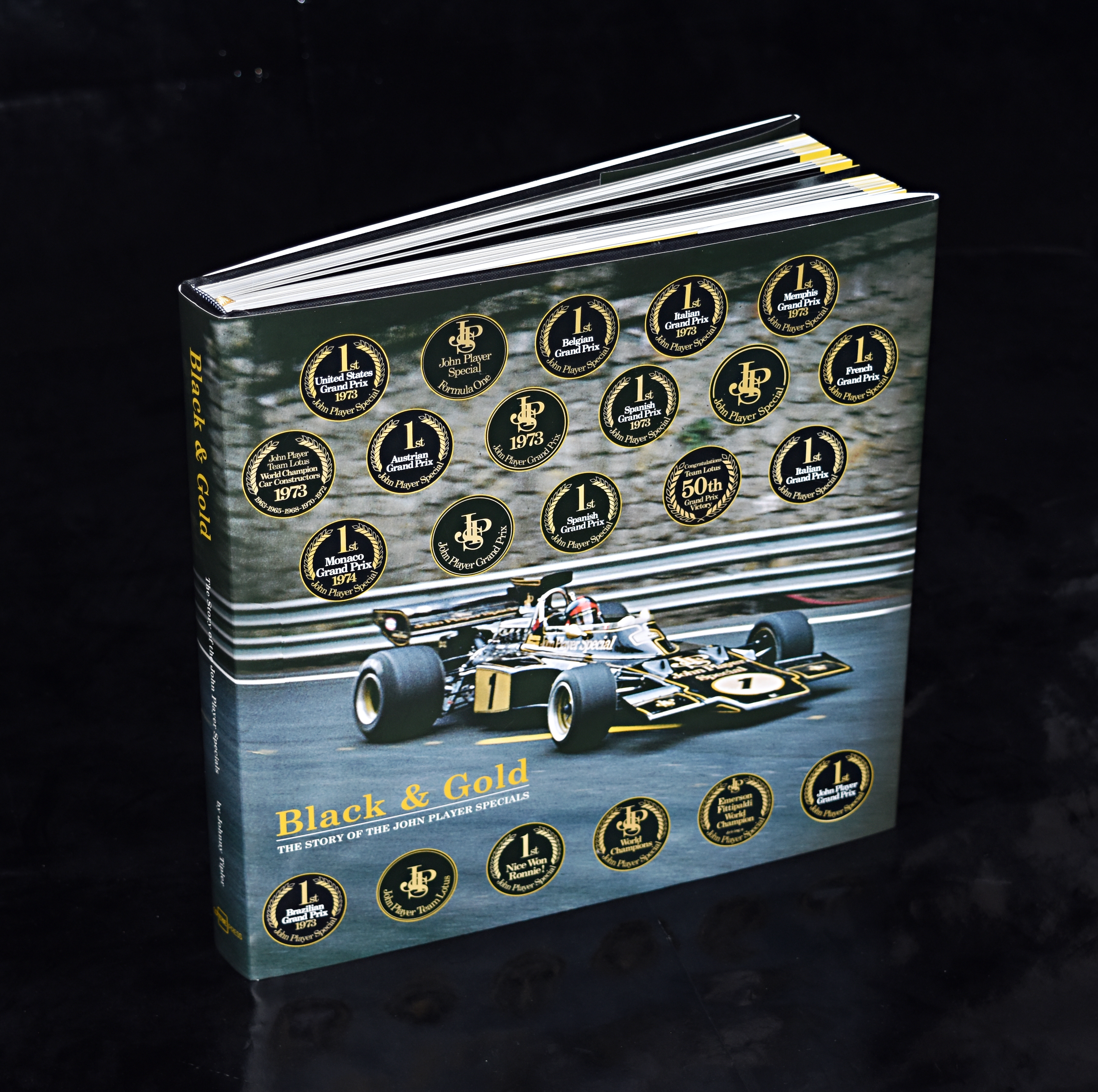 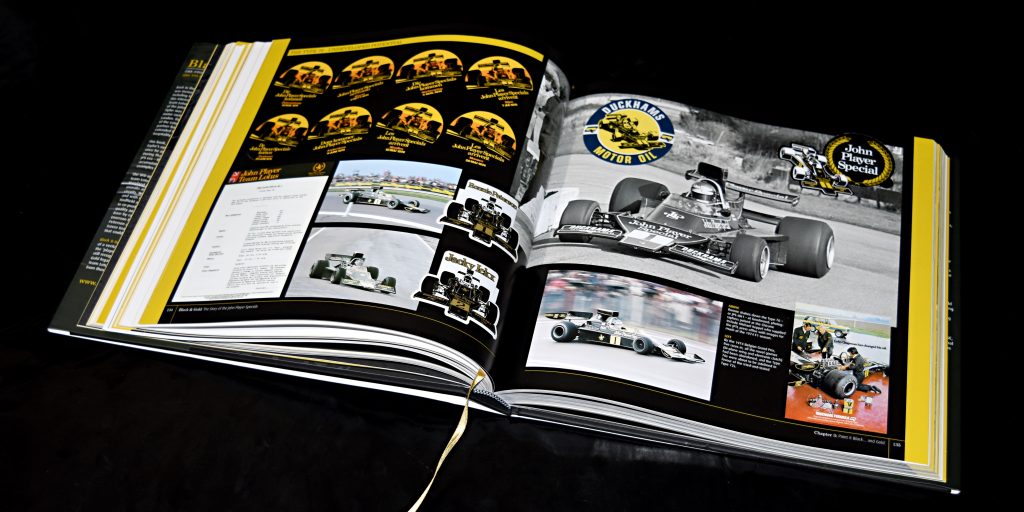 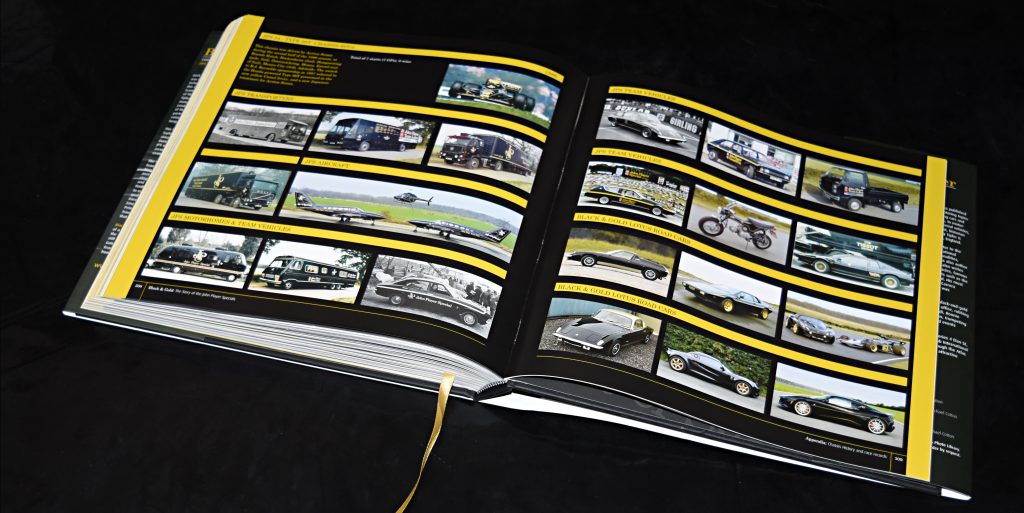 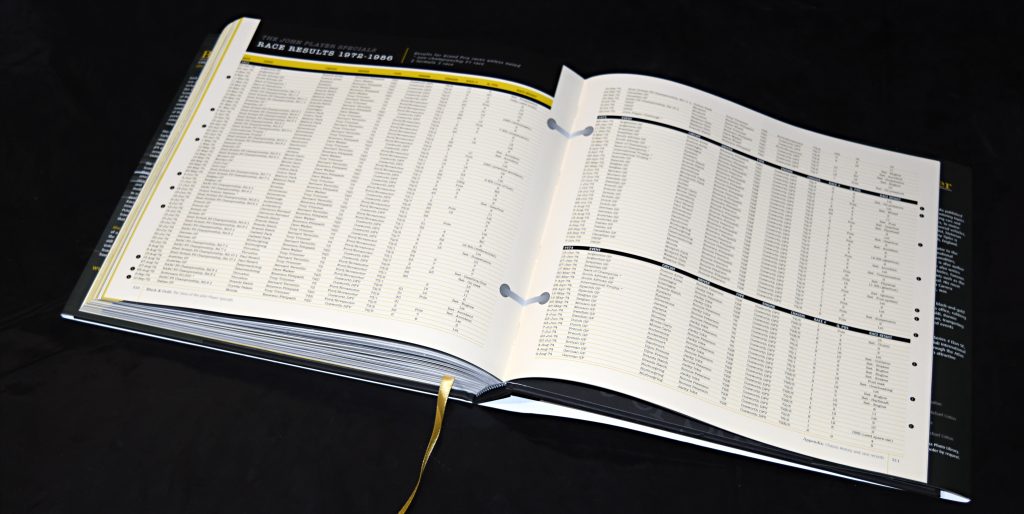