24:16, edited by Michael Cotton, is a racing story told by senior engineer at Porsche, Norbert Singer. Amazingly, Singer has played a key role in every one of Porsche’s 16 overall race victories at the Le Mans 24 hours. Porsche is without doubt the most successful manufacturer ever to compete at Le Mans and this stunning book focuses on the cars, the drivers, the challenges and the achievements. It is an insight into this great marque like no other. Porsche has won the classic Le Mans race 16 times, well ahead of legendary makes Ferrari with nine victories, Jaguar with seven, Bently with six and Audi with five. Engineer Singer is unique in having played a part in all 16 of these victories for Porsche, as well as helping out on a few victories for other marques (see chapter: Helping Matra beat us at Le Mans!) When, as a young engineer, he joined the Porsche company in Stuttgart straight out of university in Munich, he was given the job of cooling the gearboxes on the powerful 917 racers. His first task was successful and Porsche 917s dominated the event in 1971 as well as in 1972, the first year Singer attended the great race. Engineer Singer was then given the task of developing the 911 road car for racing, and in doing so he created what is by far the most successful customer car that Porsche ever produced, the 935, a car which won at Le Mans in 1979. Following on from this he designed the bodywork of the 956 and 962 Group C cars which won no fewer than seven Le Mans titles, engineered the Porsche WSC open sports car which claimed two victories, and finally oversaw the GT1-98 project which achieved Porsche’s 16th Le Mans victory in 1998. Singer takes us behind the scenes at Zuffenhausen and at Weissach and tells many fascinating stories about the ‘holy of holies’, Porsche’s race engineering division. Just what is the secret of all those victories, a record that rival manufacturers can only dream about? All is revealed in Norbert Singer’s fascinating autobiography, 24:16. 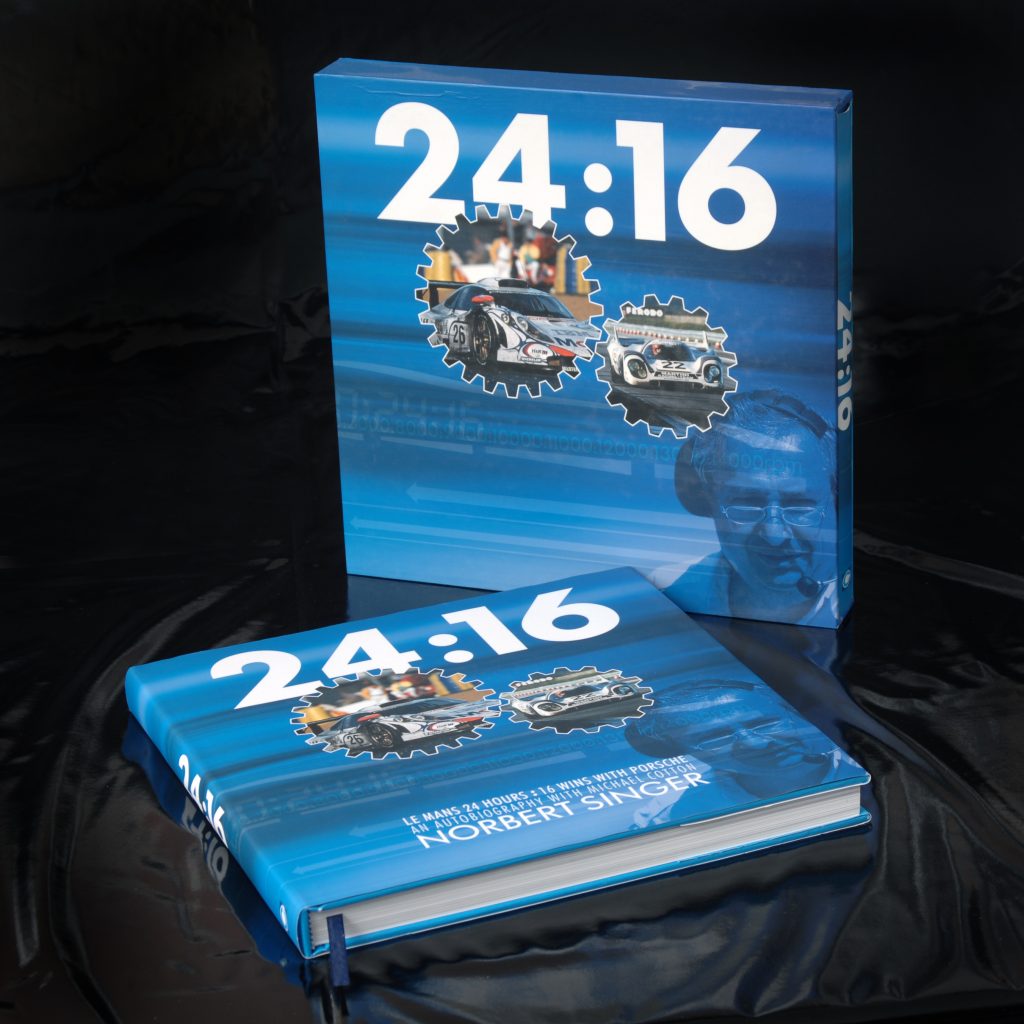 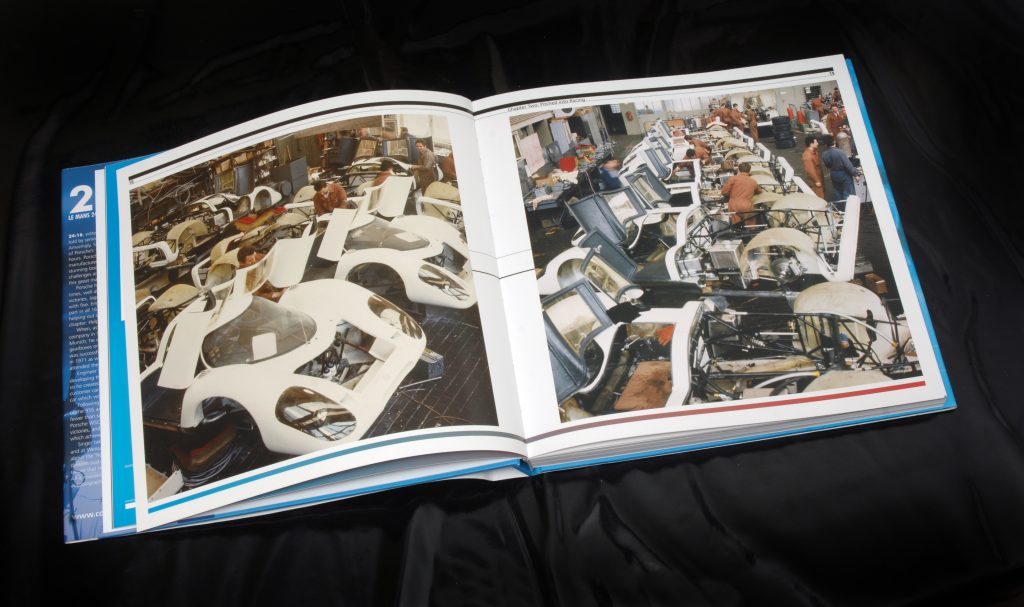 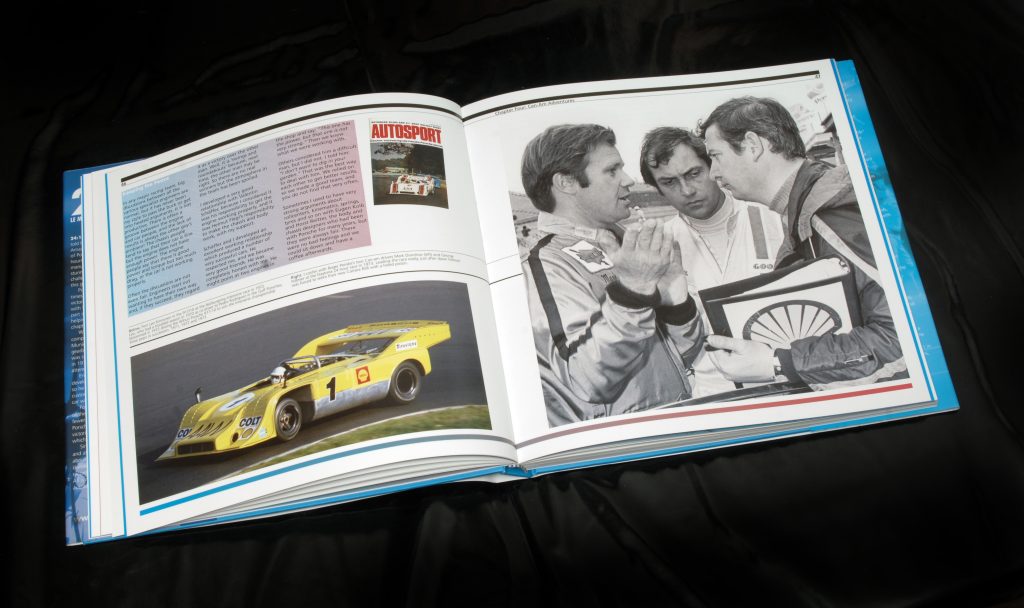 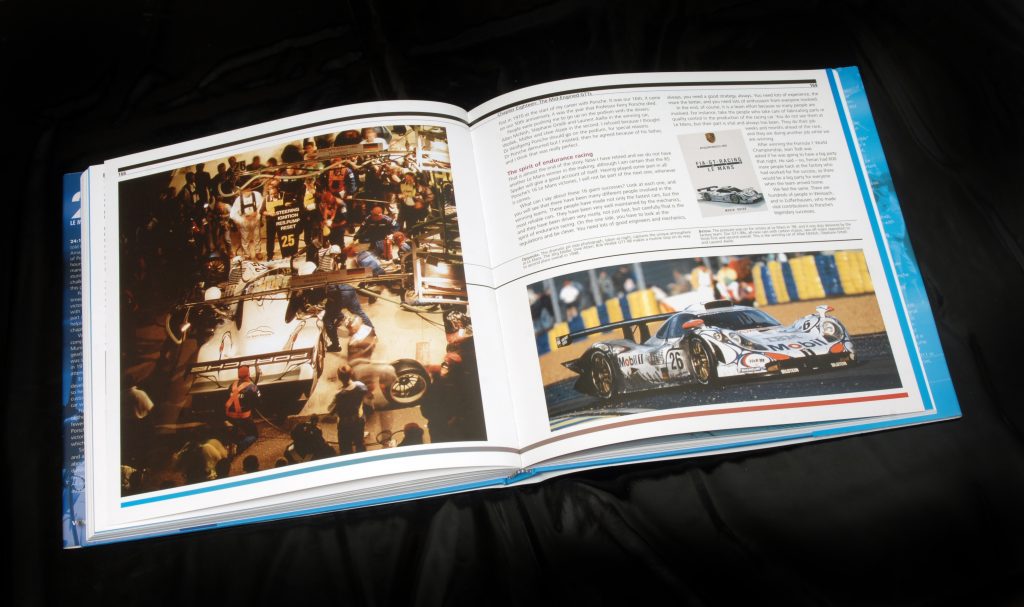 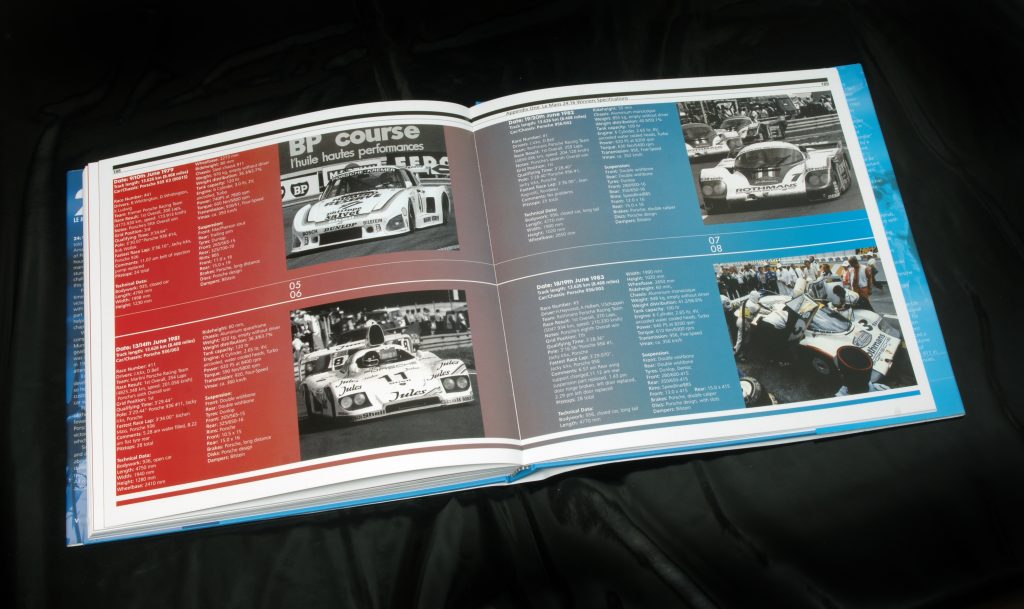 Essentially an autobiography of Porsche engineer Norbert Singer, in that his personal story is effectively the story of Porsche's unprecedented 16 victories in 25 Hours of Le Mans. Written as a memoir with lots of insider perspective on 30 plus years of Porsche racecars and drivers this book provides a fascinating look inside what is arguably the world's most dominant endurance racing team. VINTAGE RACECAR – January 2007