The twenty-fourth and final issue of ‘LOTUS’ appropriately called LOTUS 24, was published in the Summer of 2010 by the in-house Lotus Cars ‘club’ that had now been renamed “Lotus Club International” rather than the earlier “Official Lotus Club” that had been started in 1998. There had been 23 issues of ‘Lotus Life’ from the OLC, before it was replaced by this, the new, much thicker glossy magazine.

The 48-page issue, LOTUS 24, featured the new 1.6-litre Elise model on the cover and inside as well as stories on Lord March and Ron Hickman.

There would be 24 issues of ‘LOTUS’ titled of course, LOTUS 01 to LOTUS 24 before, in the Autumn of 2010, it was superseded by the extravagant new, but short-lived ‘Dany Bahar’ conceived re-birth under the same name, LOTUS, with issues No.1 to No.5. 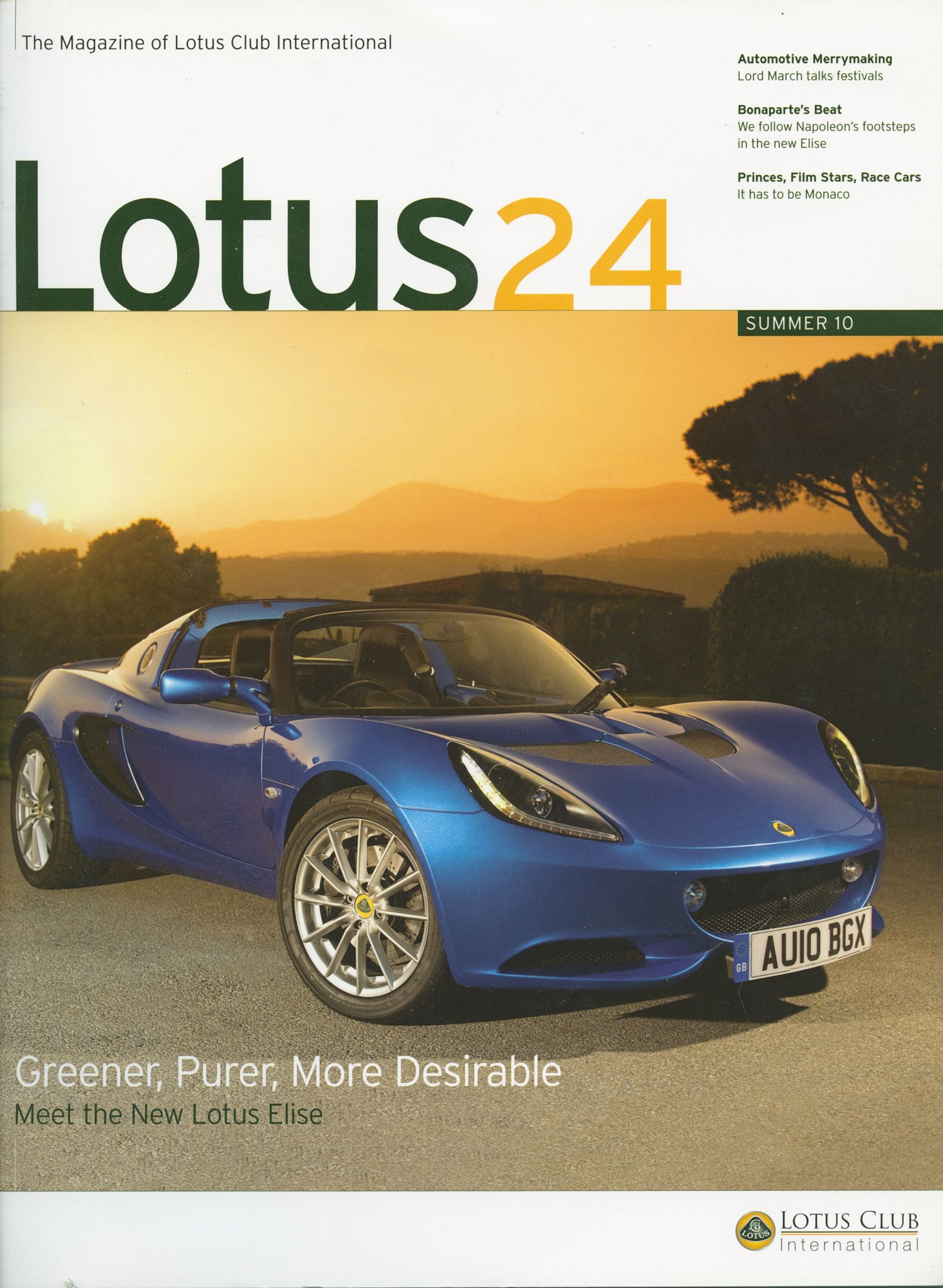