Revised and Reworked Edition Released ahead of October 2022 “All the 72s” event at Hethel.

This book tells the definitive story of the Lotus 72 one of the most striking and successful racing cars in the history of Formula 1. From the drawing board to the present day, the book draws extensively from the people who were closely involved, including drivers, mechanics, team managers, as well as rival drivers and designers. The book also has an appendix covering complete chassis histories and race records for each of the cars built. Colin Chapman and Maurice Phillippe’s striking wedge-shaped Type 72 Formula 1 car, was introduced on April 1st, 1970 as a replacement for the unsuccessful four-wheel-drive Type 63 and the ageing Type 49. Having won both the World Drivers and Constructors Championship titles in 1970, the car went through a number of different evolutions to keep it competitive, resulting in a second pair of Championships in 1972 as well as the Constructors’ Championship in 1973. It was still winning races in 1974 and scoring points in 1975! The Lotus 72 was driven by some of the great racing drivers of the 1970s such Rindt, Fittipaldi, Peterson and Ickx. LOTUS 72 Formula 1 Icon is a lavishly illustrated, 240-page, full-colour publication, and it’s large 30x30cm format contains over 450 mostly unseen and historic images.

PLEASE NOTE: THIS TITLE IS NOT PRESENTLY IN STOCK AT OUR US WAREHOUSE AND IS ONLY AVAILABLE FOR SHIPPING FROM THE UK, WHICH IS WHY THE SHIPPING COST FOR USA CUSTOMERS IS SET AT $35.00. THIS WILL REVERT TO A SENSIBLE US SHIPPING PRICE AS SOON AS WE ARE ABLE. 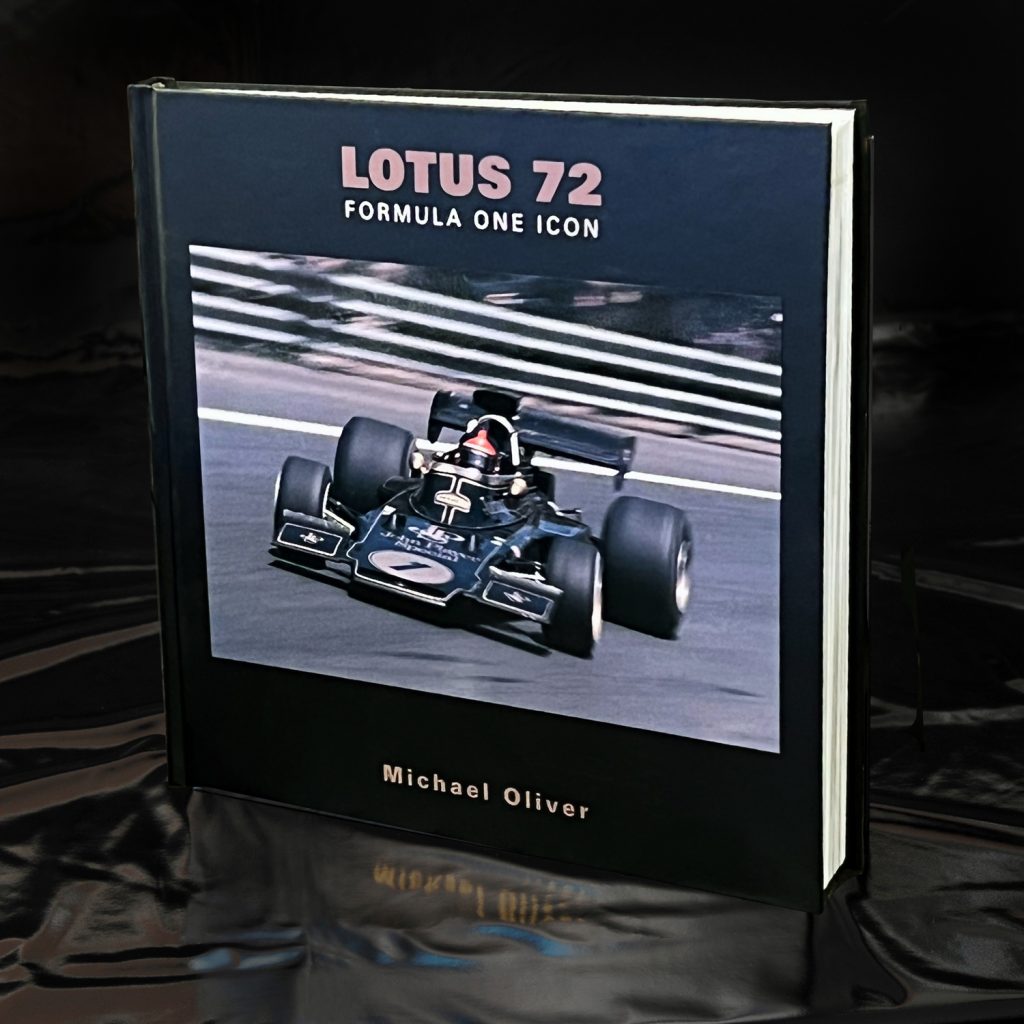 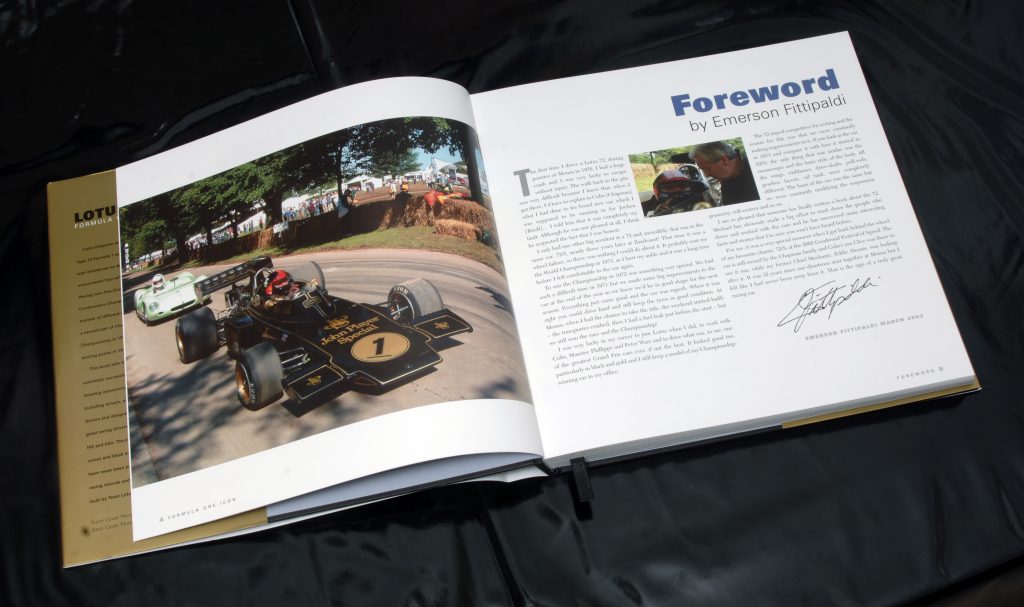 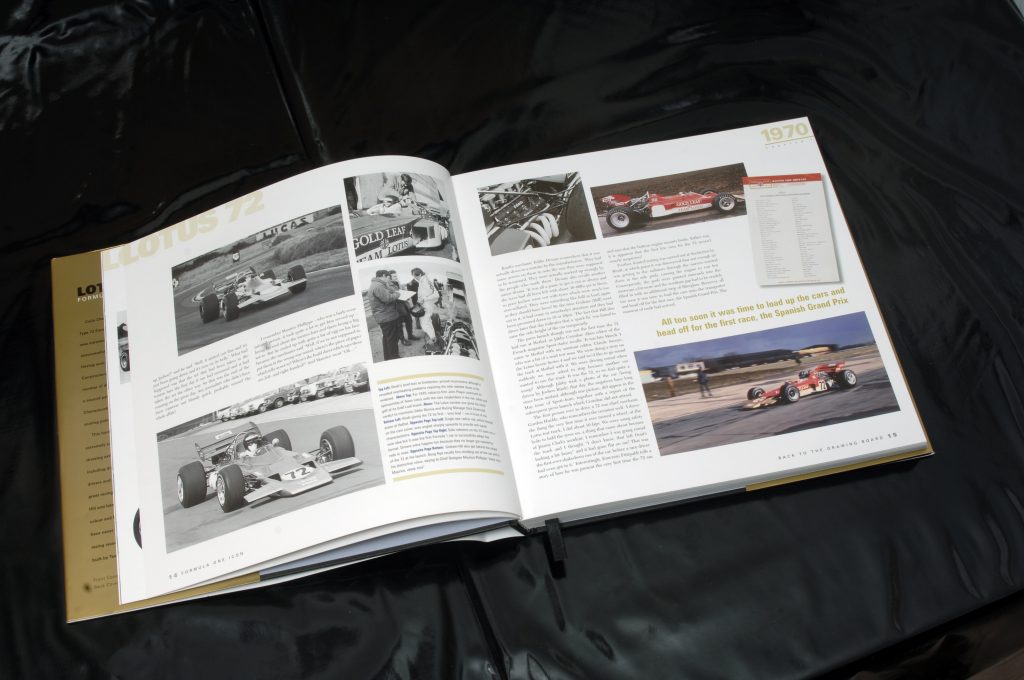 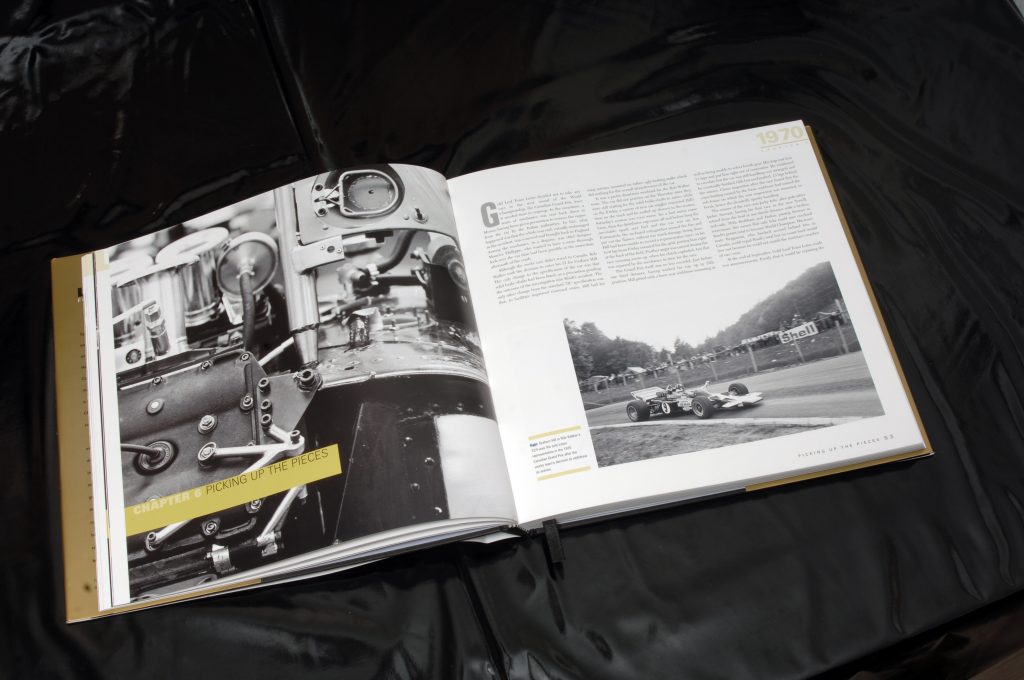 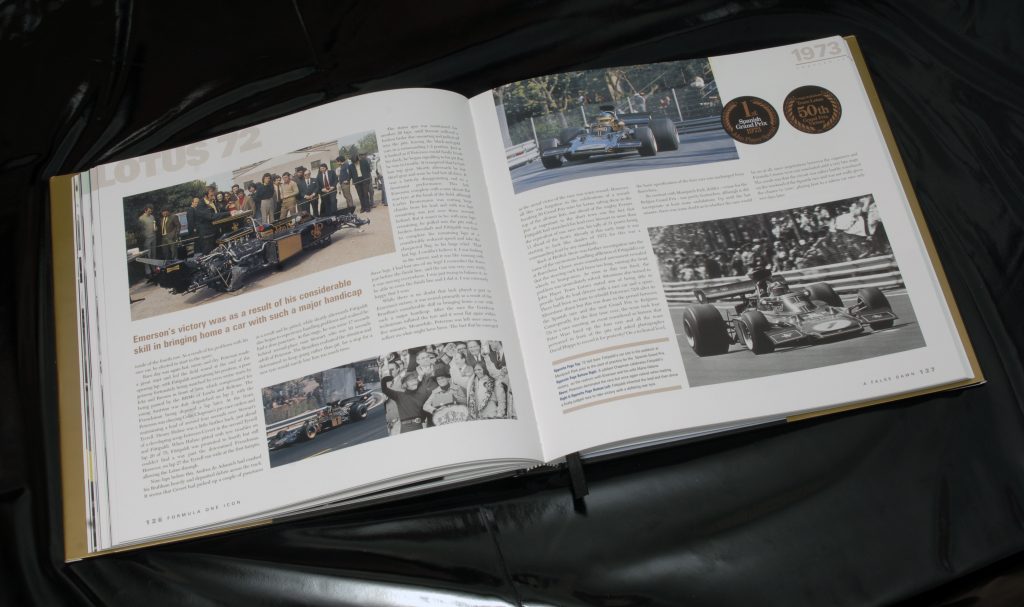 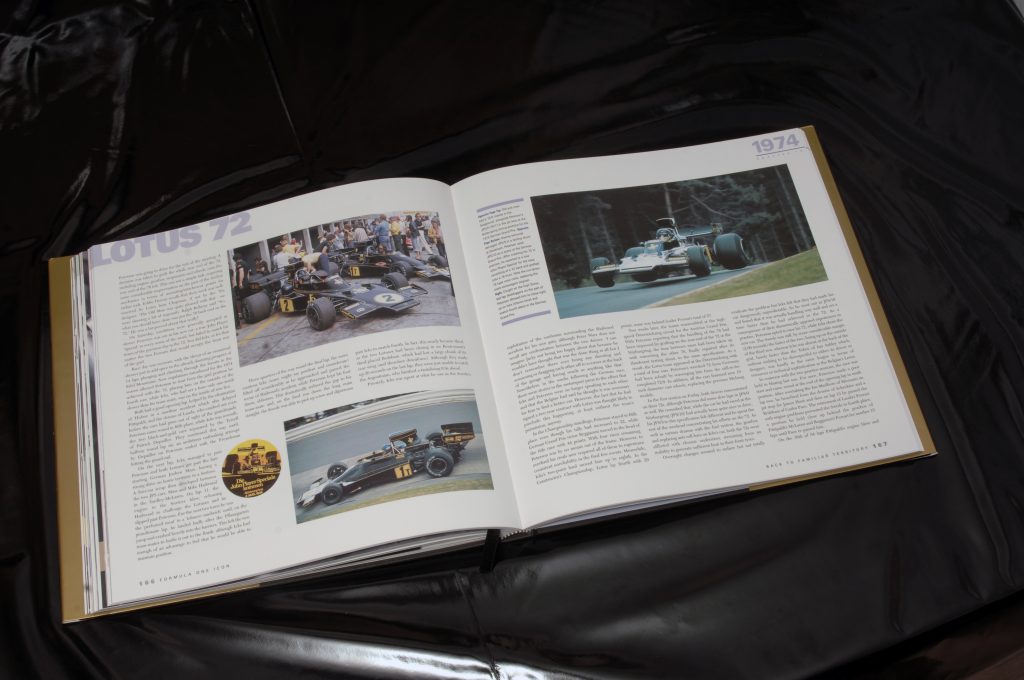 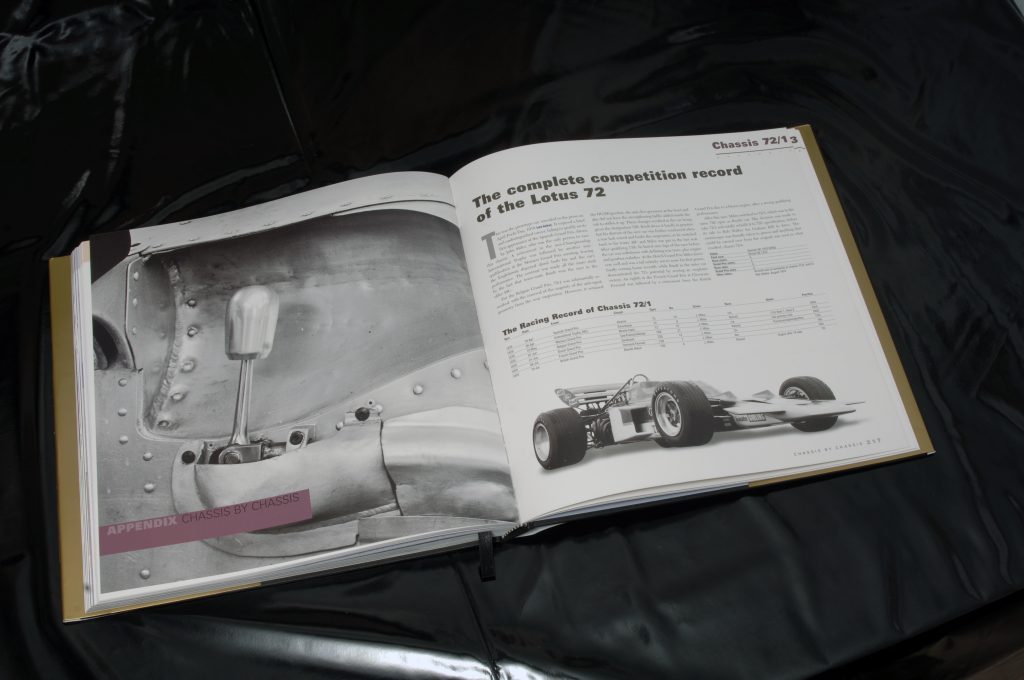