The fourteenth issue of ‘LOTUS’ appropriately called LOTUS 14, was published in December of 2007 by the in-house Lotus Cars ‘club’ that had now been renamed “Lotus Club International” rather than the earlier “Official Lotus Club” that had been started in 1998. There had been 23 issues of ‘Lotus Life’ from the OLC, before it was replaced by this, the new, much thicker glossy magazine.

The 48-page issue, LOTUS 14, featured the Exige S on the cover and inside and stories on Stirling Moss and the Lotus ‘Concept’ Hot Wheels car design by Steve Crijns. 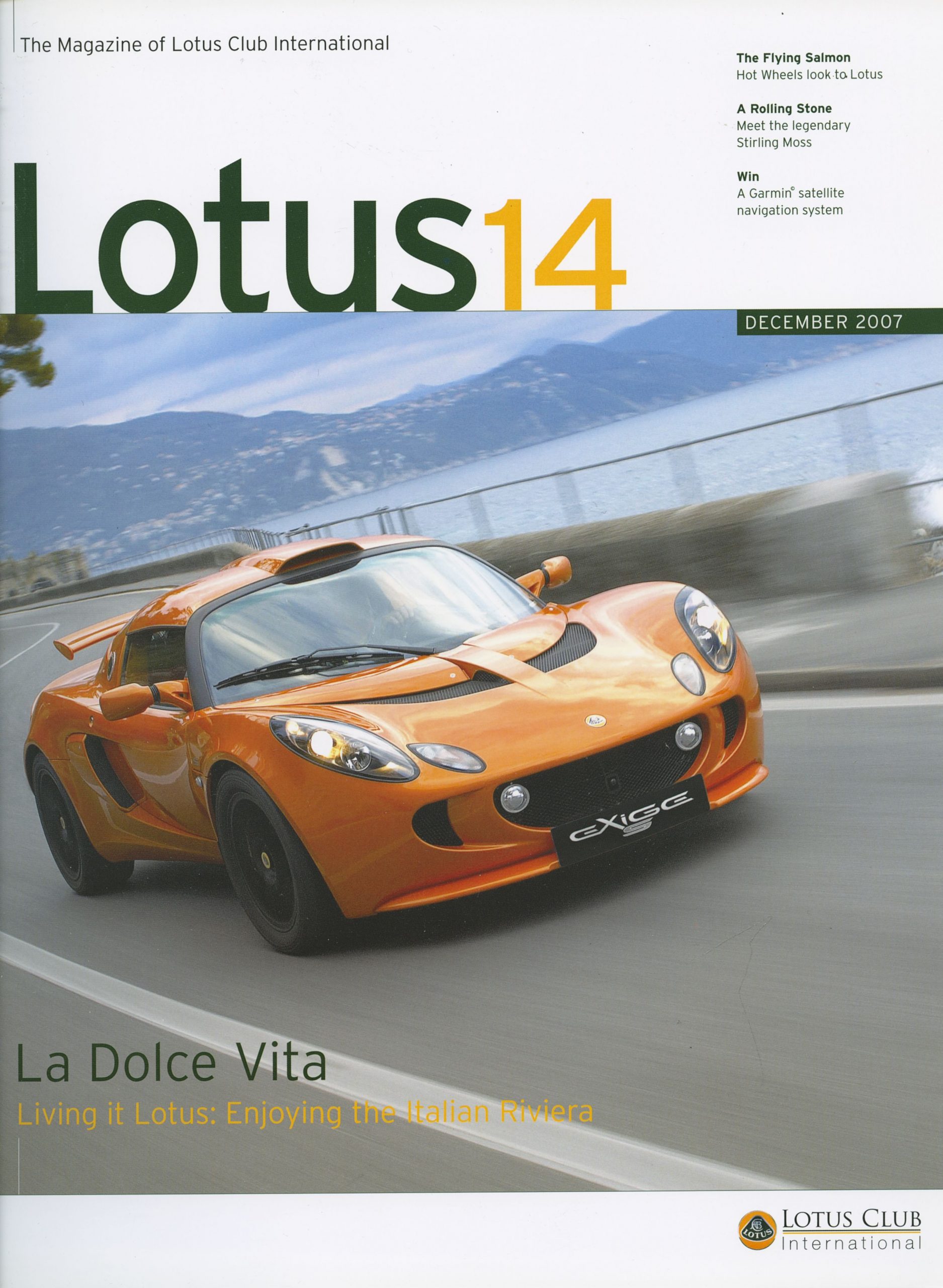