The sixth issue of ‘LOTUS’ appropriately called LOTUS 06, was published in December of 2005 by the in-house Lotus Cars ‘club’ that had now been renamed “Lotus Club International” rather than the earlier “Official Lotus Club” that had been started in 1998. There had been 23 issues of ‘Lotus Life’ from the OLC, before it was replaced by this, the new, much thicker glossy magazine.

The 48-page issue, LOTUS 06, featured the new Europa on the cover and stories on the Bond movie ‘The Spy Who Loved Me” (S1 Esprit) and the Type 25 F1 car. 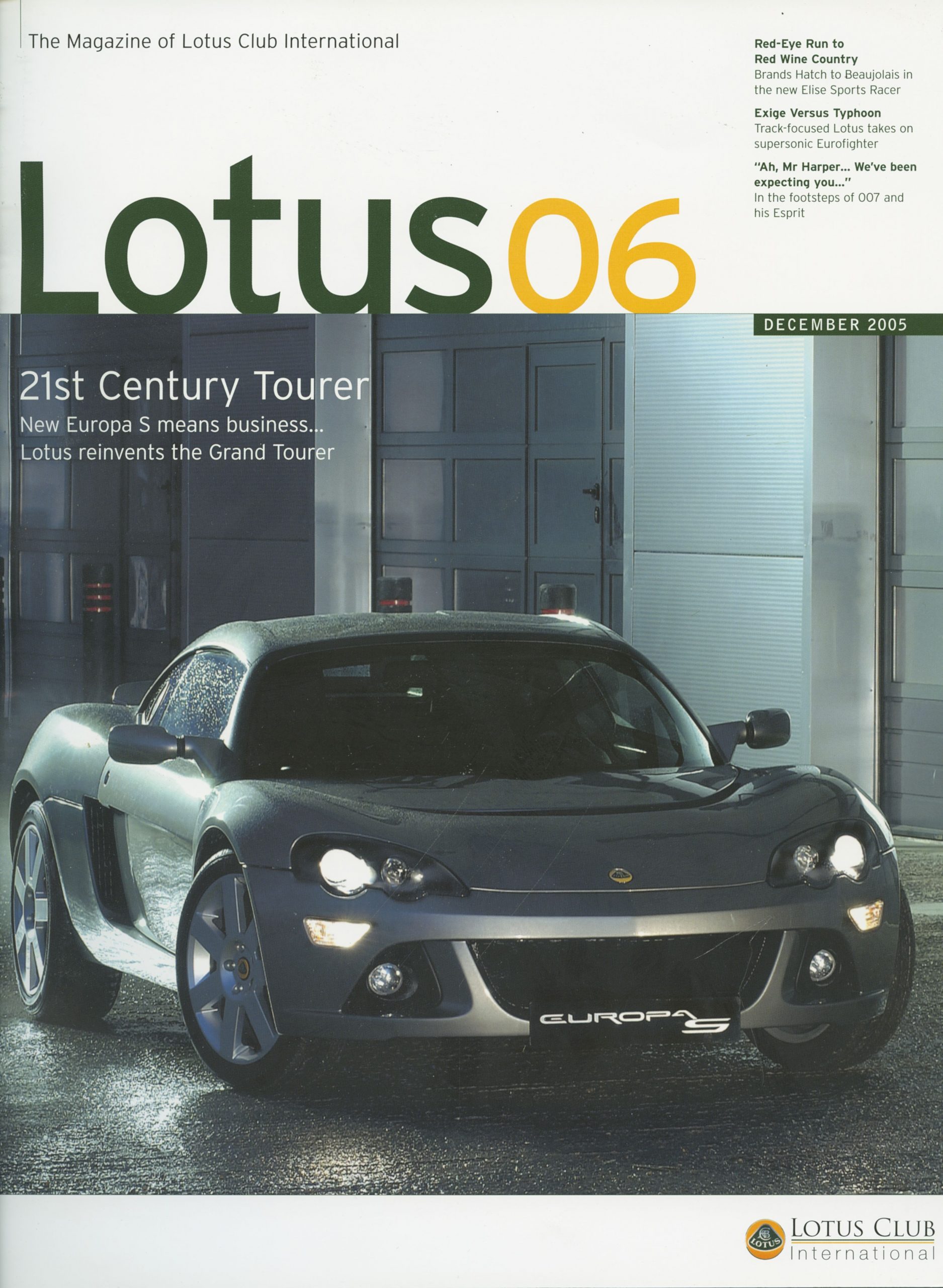