The V8 Coventry-Climax-powered Lotus Type 25 was the car in which Jim Clark rocketed to fame in the early Sixties. It was also the car which established Lotus as a major force in Grand Prix racing. More than that, it was the car that took Formula One technology out of the steam age and into the jet age. With the slim, elegant Type 25, Lotus founder Colin Chapman made a major breakthrough in chassis design and construction. Ever the innovator, Chapman replaced the traditional tubular frame and metal fuel tank with a clever, significantly more rigid monocoque structure carrying aircraft-type fuel bags. The new structure was lighter yet much stiffer and safer. Its rigidity assisted suspension and hence tyre performance and it gave Chapman the scope to make his machine smaller than ever for improved air penetration. The Lotus 25 was a milestone in racing car technology.

This book published in 1990 explores how it was conceived, the process of design and development and how it fared in competition. It analyses the contribution made by a new breed of high grip Dunlop racing tyre and the role played by the Coventry Climax V8 engine. Compiled with the assistance of engineers and mechanics who worked on the Lotus 25 by Ian Bamsey, this book puts a great car under the microscope and fully into context, with super technical photographs and period colour images of the cars in competition.

This copy of this now hard to find 96-page book is in excellent condition with just a little scuffing to the top and bottom edges of the jacket, mainly on the back. 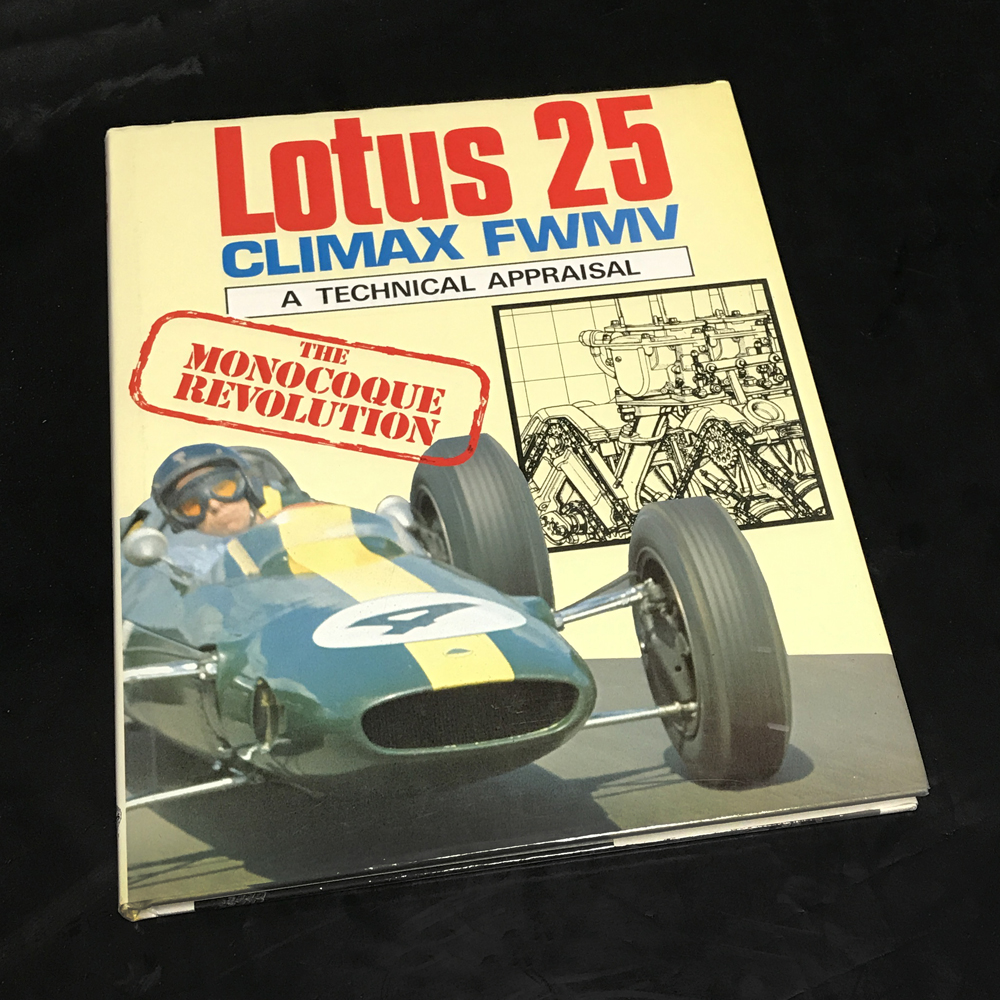