Behind the wheel of a racing car he was magical. He could make cars do seemingly impossible things, and for much of the 1970s he was considered quite the fastest F1 driver in the game. Ronnie Peterson had another quality that was not universal in top class motor racing, and that was honesty and integrity. This was most manifest in the final year of his life, when, newly returned to Team Lotus, he dutifully played second fiddle to Mario Andretti. Taller than the average racing driver, the blond Swede thrilled everyone with his astonishing car control. Race fans remember him best at Silverstone’s old Woodcote corner, in a JPS Lotus 72, flat out at 160mph, on opposite lock and at the very limit of adhesion. Ronnie started his Formula 1 career with the new March Team in 1970, and had his first GP win in France after signing for Lotus in 1973. Spells with March (again) and Tyrrell followed, but with his eye on more consistent F1 success, Ronnie again signed with John Player Team Lotus for 1978. Then came Monza. Involved in a multiple pile up after the start, Ronnie was trapped in the wrecked Lotus and suffered badly broken legs and by morning, Ronnie was dead. The world of motor racing – and the Swedish nation – was stunned by the loss of one of its foremost heroes. The bare statistics of Ronnie Peterson’s career do not do justice to his reputation for skill and bravery, nor the affection and loyalty that still surrounds him. In return, Ronnie was unstinting in his devotion to his fans, content to sit by the Team’s motorhome in the paddock long after a race, signing interminable autographs. Ronnie Peterson started 123 F1 World Championship Grands Prix, from which he scored ten wins, nine fastest laps, and 14 pole positions. As well as F1, he drove the works’ Ferrari 312B prototypes in the World Championship for Makes and a factory BMW in European Touring Car racing in the mid-’70s. There had also been numerous F3 successes in the late-’60s, in particular the prestigious Monaco race, which Ronnie won in 1969, as well taking the European F2 title in 1971.

Every fascinating stage of Ronnie Petersons racing career is explored in this book. From his beginnings in Kart racing through to his death at Monza in 1978. Produced with the full co-operation of those who were close to him Ronnie Peterson – The Story of Super Swede is a lavishly illustrated 232 page hard bound full colour publication, and it’s large 11×11 inch format contains over 375 mostly unseen and historic images. The Ronnie Book is available in two versions, as either a Standard or Limited Edition. The signed and numbered Limited Editions (LE) are restricted to 250 copies, and presented in a slipcase designed in the style of Ronnie’s helmet. Each LE book is distinguished by an individually numbered plate that has also been personally signed by the Author, Johnny Tipler. 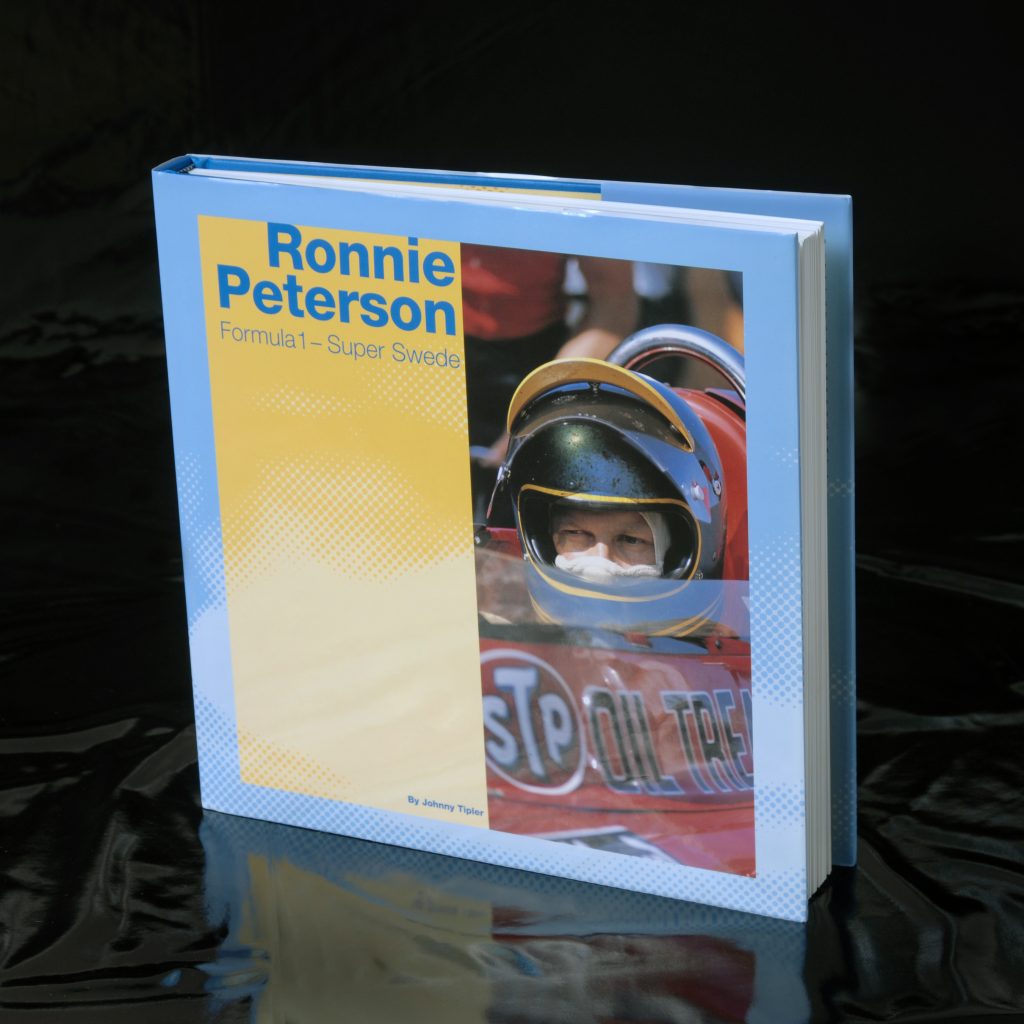 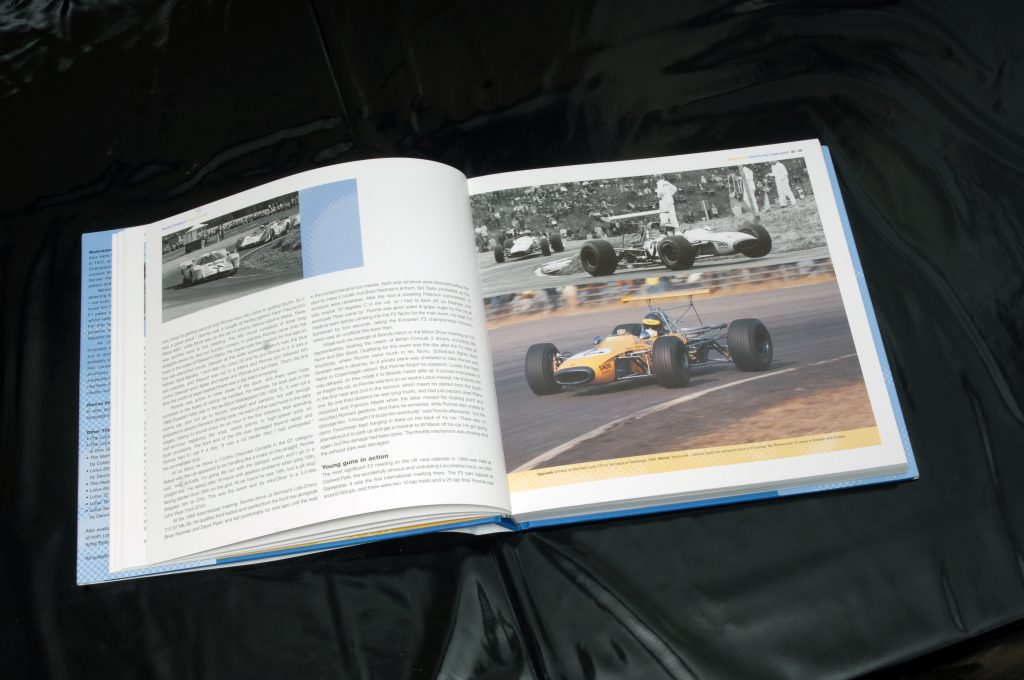 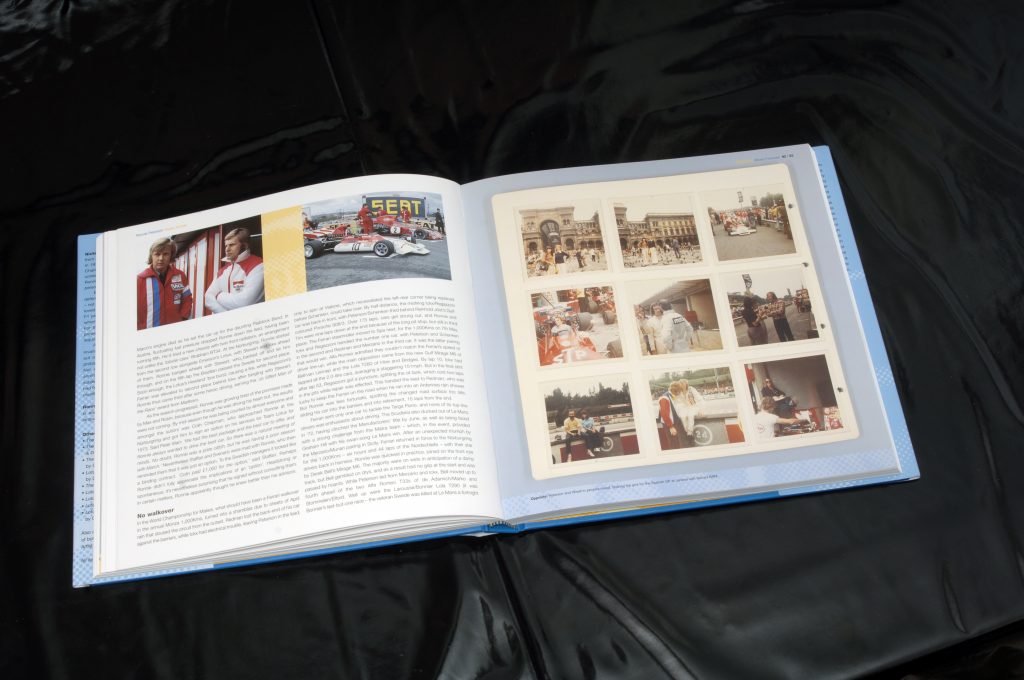 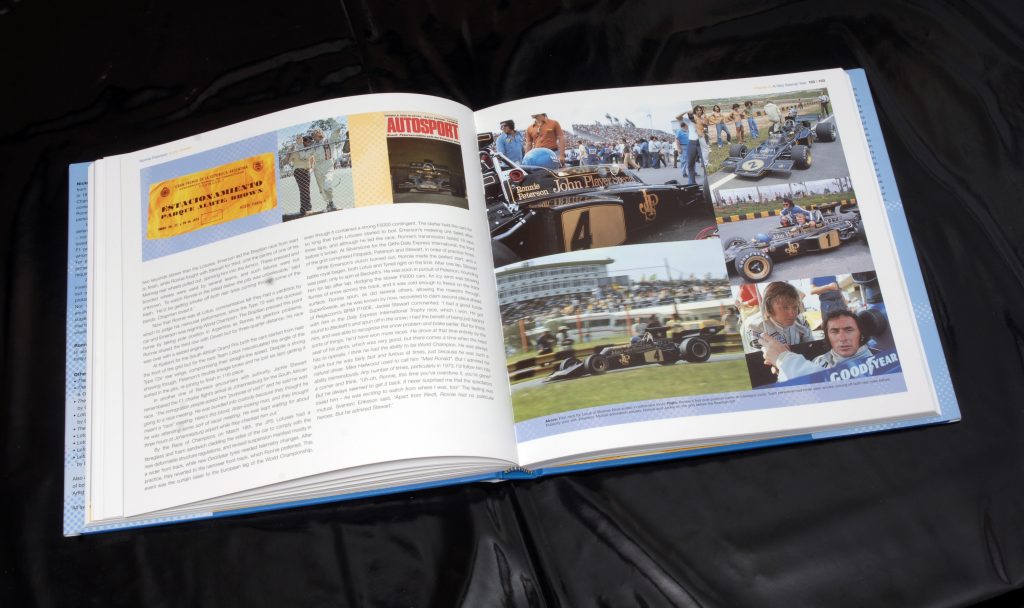 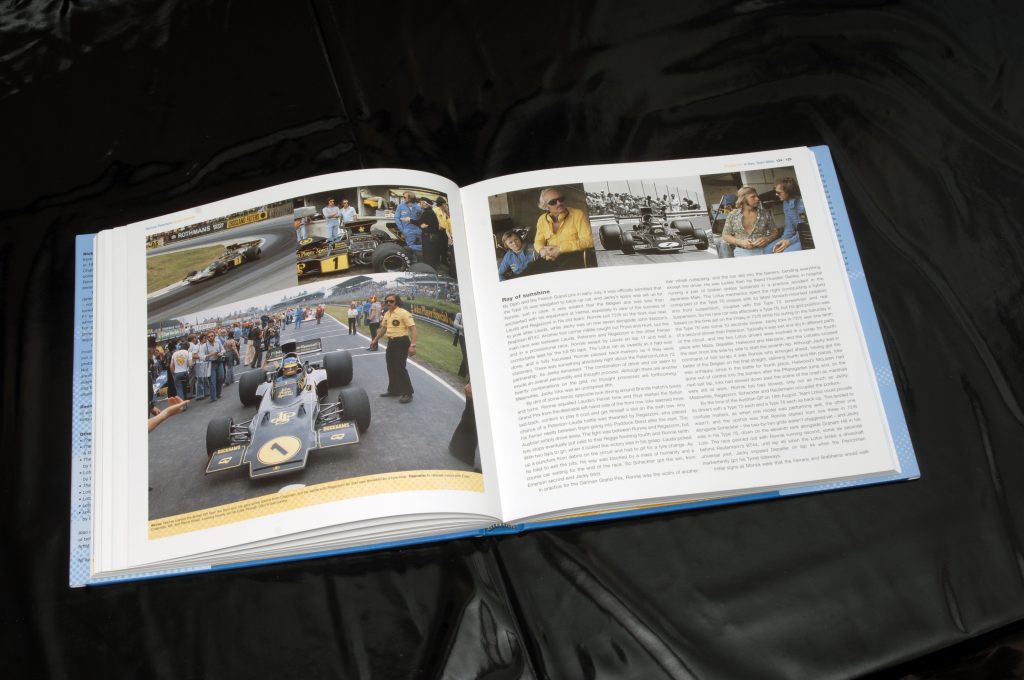 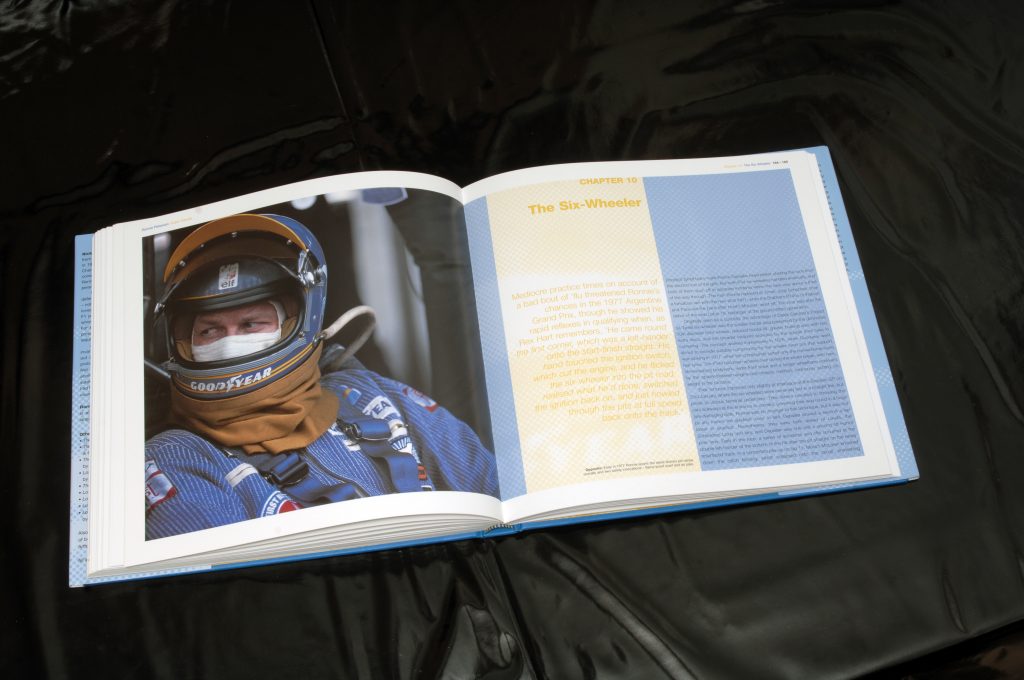 Typically of Coterie this is a lovingly crafted and impressive looking hardback; as it should be considering the subject matter. A hero to a generation of race fans Peterson was a nice guy but not without his flaws. The author has roped in a remarkable number of Peterson's contemporaries and team players to give extended quotes, which are informative and sometimes revealing. What's especially pleasing is the number of wonderful images taken from the family album. It's great value and will undoubtedly prove a sell out. CLASSIC & SPORTS CAR – December 2003