Dahlstrom – The Lotus Adverts; Artist Jon Dahlstrom grew up in a rural community in Southern California to become a scholarship student at the Art Center College of Design in Los Angeles. After graduating, he moved to San Francisco, earning his creative stripes in advertising agencies that worked with a wide variety of products and brand groups. As a freelance artist he worked for the Ad-Mil agency creating images for a series of advertisements for Lotus cars, funded by California Lotus dealer Ecurie Shirlee, to be placed in Road and Track magazine. These adverts ran from January 1963 to August 1965, and showcased eighteen of Jon’s characteristic tone art style images, in thirty different promotional pieces for the Lotus Elite and Elan. This series of adverts, with copy written by Jim Bottomley, have become instantly recognizable, iconic, pieces of Lotus ephemera.

This special edition book features reproduction of all twenty-nine advertisements that appeared in Road & Track magazine, with contemporary comments by Jon Dahlstrom. Also featured is a new image in the series created by Jon in 2016 for the 36th annual Lotus Owners Gathering (LOG36) in Princeton NJ. 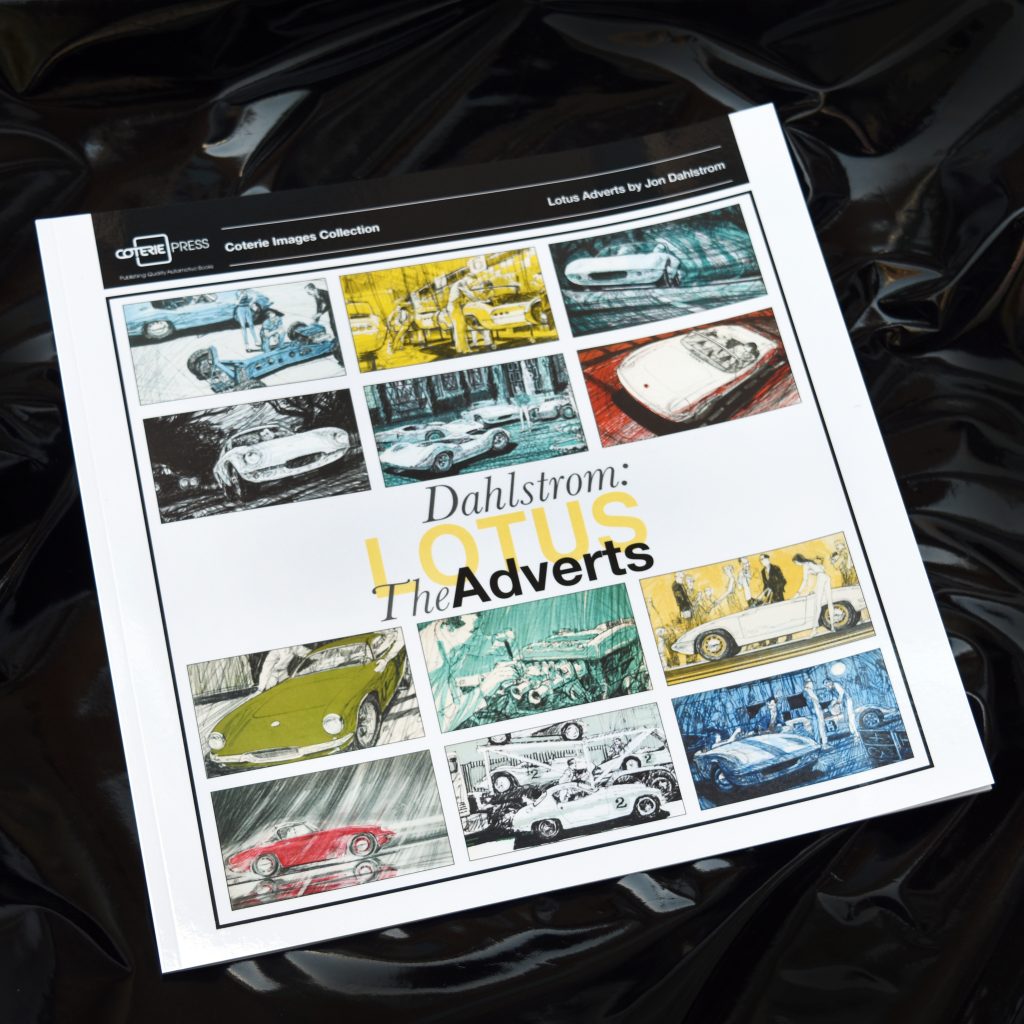 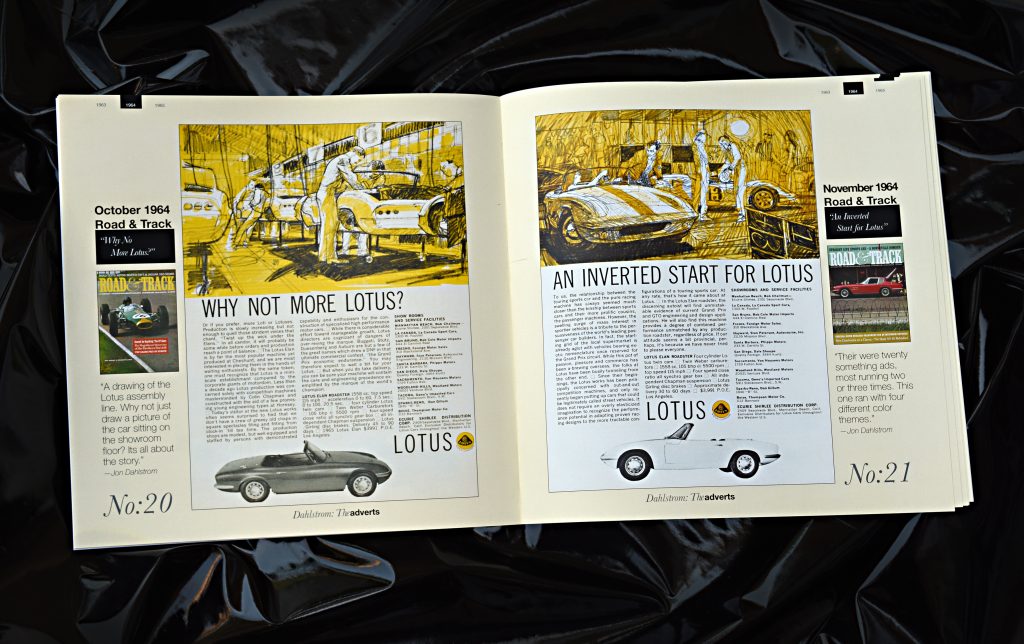 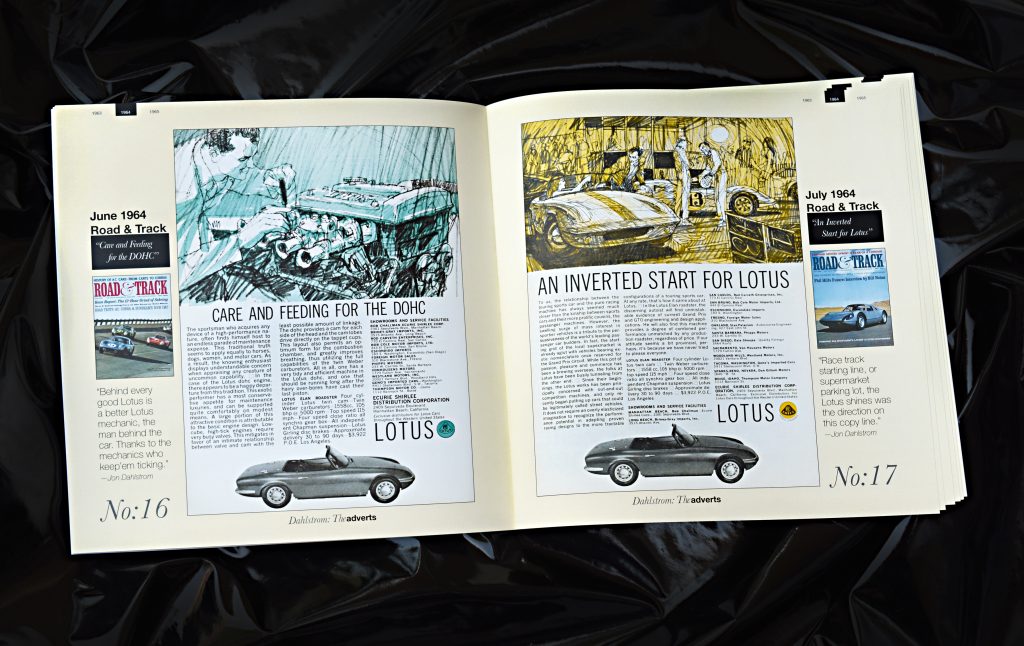 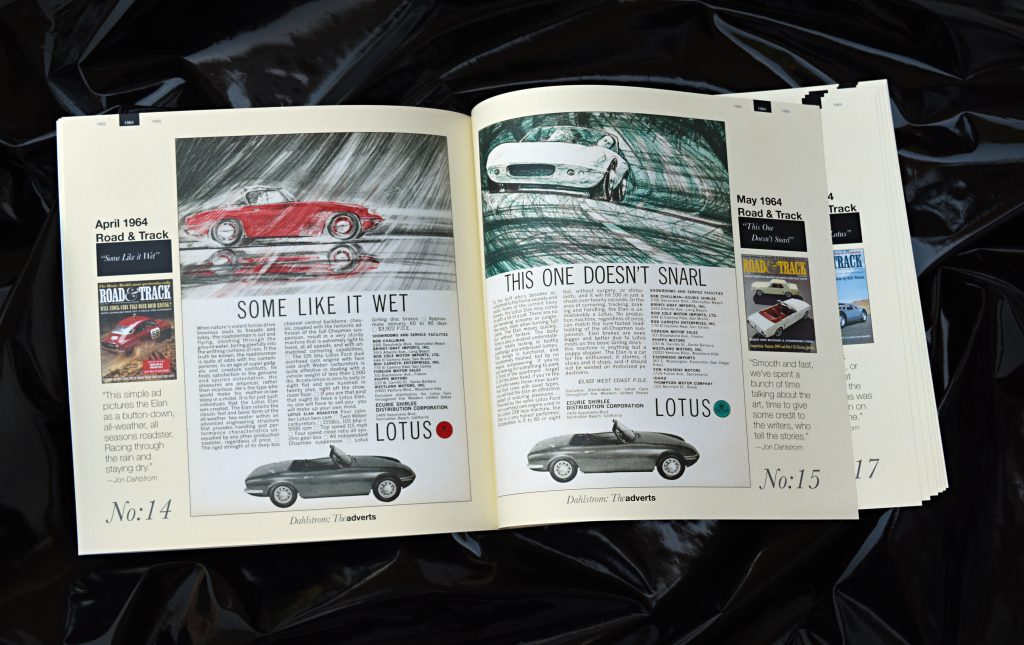 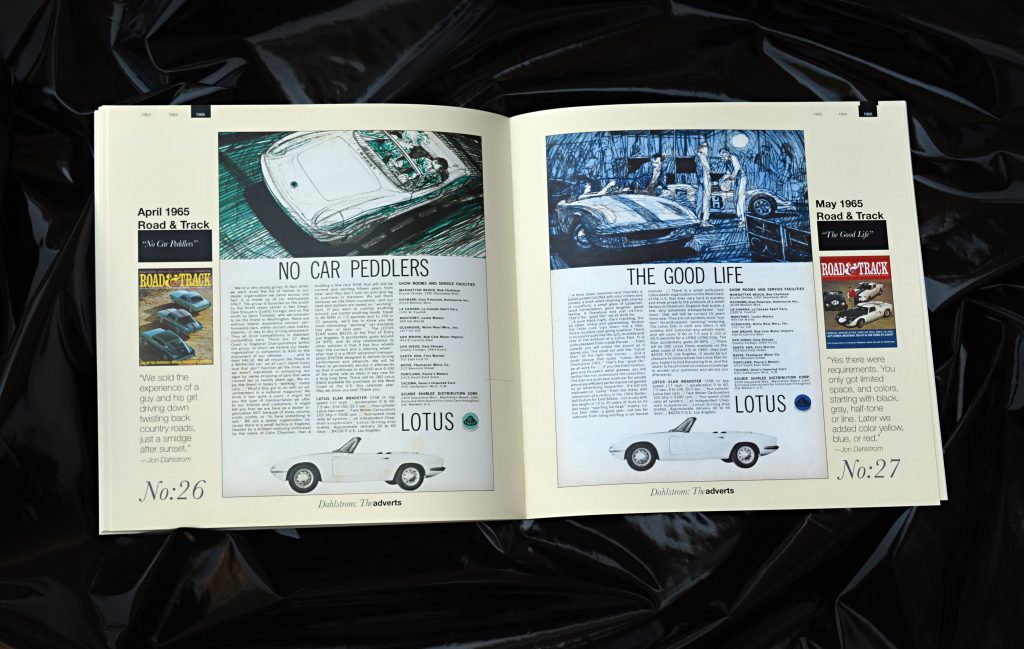 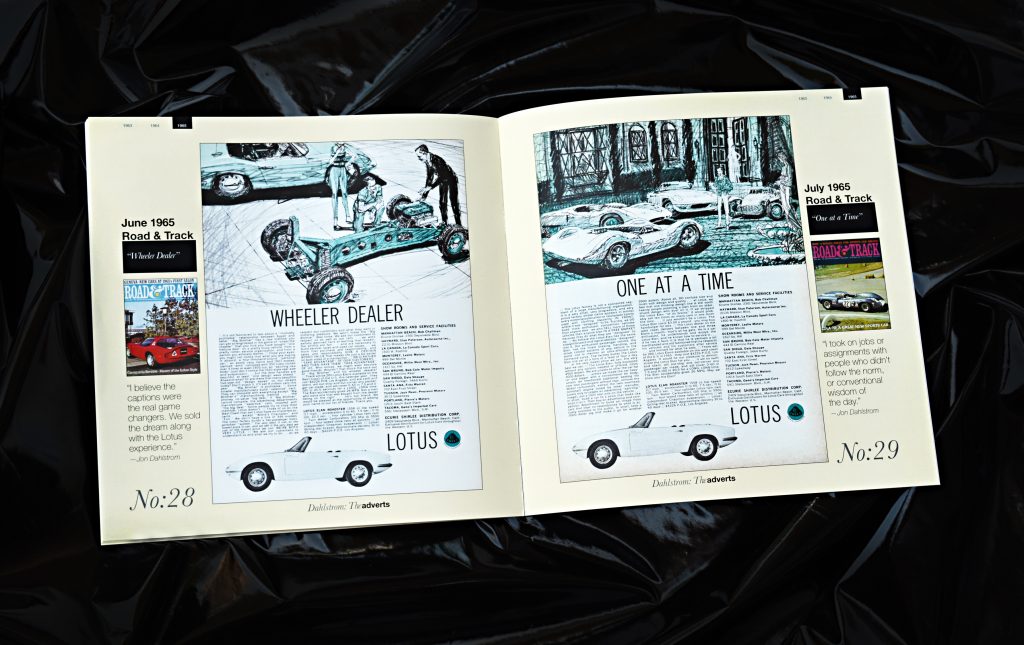 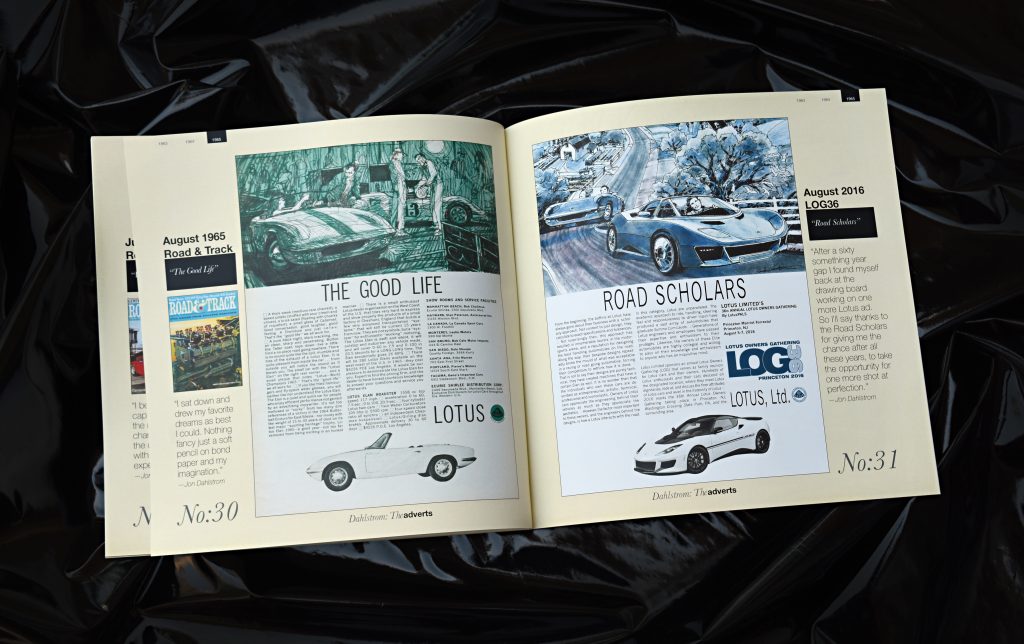